So the other day I happened to mention to a friend I had been feeling very tired this week. She responded by saying “You know what you should do?” and then proceeded to answer her own question. At length. She suggested changes to my diet, daily routine, use of essential oils, and shoes. Essentially, she told me that the answer to my temporary state of fatigue was to do everything just like she does. While I appreciated the desire to help, I walked away from the conversation feeling more like a toddler who hadn’t quite mastered the complexities of…functioning.

It’s fairly common for us to have a desire to help other people solve their problems and live better lives. I can totally relate to that, as a fair number of my blog posts are suggestions along that vein. However, I also realize that if you’re not interested in my particular suggestions, you’re under no obligation to keep reading them. In conversation, things work a little differently. This led me to start thinking about when we should and should not give in to the urge to problem solve. So I’m suggesting there are some things we should consider before dispensing even the most well-meaning advice.

Has someone actually asked for your advice?

Be very careful about unsolicited advice. Not everyone wants to hear your opinion on something. Sometimes people are just venting or making a casual comment. If you’re not careful, you can really put someone’s back up and create a negative impression, even if you’re just trying to help.

If you’re thinking of offering advice unasked you need to stop and honestly assess your own mindset. Is your advice coming from a place of concern? Are you really worried about how the other person is doing and/or earnestly thinking about their best interest? In general, I avoid completely unsolicited advice, except in cases where I feel that someone is legitimately harming themselves. For example, I have spoken to friends about their drinking, drug use, and unhealthy relationships because in those instances I have felt that not saying something would be bad friendship. Outside of those instances, however, I’m very careful about making suggestions without being asked.

One thing to really be careful about is advice coming from a feeling of superiority. This happens when you assume your way of doing something is best for the entire world. Maybe you have lost twenty pounds on the keto diet, and maybe I wouldn’t mind losing twenty pounds (and I’ll admit I should lose at least ten). The thing is, I like bread. A lot.

We all have a tendency to think our way is the “right way” (I think it might be hardwired into our brains), but odds are that the person you’re talking to has their own “right way” and probably is going to see you as preachy instead of helpful. In other words, you need to at least wait for the subject to come up before telling someone about your diet, exercise regime, parenting style, etc. (Especially the diet. Seriously. I’ve had people tell me out of the blue how I could lose weight, and I’m still amazed I didn’t punch them.)

Of course, where things get a little tricky are when someone has been telling you about a problem they have been having. Then you might assume advice is what they’re looking for, and if you have it, you want to share it. Especially if you genuinely care about this person and want to see things improve for them. The funny things is, though, that solutions might not be what they want. Sometimes, all someone needs to do is vent and the situation has already improved, or they might not be ready to actually do something about it or to listen to possible solutions (especially if it’s a solution they don’t necessarily like). Personally, when I was ready to lose weight, change jobs, buy a house, etc., I was all about getting advice from other people, but until I was at that point I didn’t want to hear it. The best thing to do is to simply ask “Do you want my advice?” or “Do you want to know what I think?”

If you’re talking to someone that you have an established relationship with, you should also think about how they’ve reacted to your suggestions in the past. Case in point: I had a roommate who hated her job. Every single day, she would come home complaining about, well, typically the same things over and over again. Any time I asked if she wanted advice, she said yes. So we would talk about how to change things, approach situations differently, and improve both her competence and her comfort. Sometimes, we made entire plans to organize her schedule and roleplayed different ways to approach difficult coworkers.

The problem was that she never actually did any of these things, and continuously came home with the same complaints. This started to frustrate me to no end. What I finally had to realize was this was a case of actions speaking louder than words. Maybe she asked for my advice to be polite, or maybe she was on board in the moment but decided later on it was too much effort. Either way, I eventually realized I needed to stop asking, let her vent, and then move on to what we were doing for dinner.

So what if they have asked? 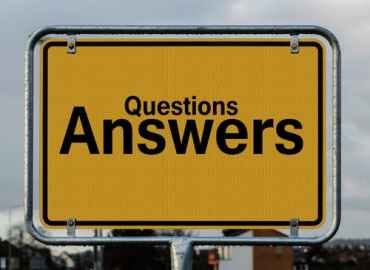 So if someone genuinely wants your opinion you should definitely offer it, but you still need to think through how you’re doing that. It’s very easy to blur the line between advice and criticism. Advice focuses on “here’s how you can solve a problem or do something better”. When you start to veer into the territory of “here’s what you’re doing wrong”, you need to tread very carefully. Criticizing is the easiest way to get someone to shut down, ignore your suggestions, and feel negative towards you.

Focus on being kind and constructive, especially when you need to point out where someone has misstepped or self-sabotaged. Most of what you say should be focused on moving forward, not analyzing previous mistakes.

You also want to avoid trying to deal with too many things at once. It will overwhelm the other person and make them less likely to try anything you’re suggesting. In general, it’s always best to suggest just two or three steps someone can take, because that seems manageable and is much more likely to lead to follow through. In my first management position, I made the mistake of giving an employee a list of ten actions and improvement items in one performance review. It completely paralyzed her, convinced her that her job was in jeopardy, and caused her to make absolutely no changes. My supervisor pointed out where I had gone wrong, and when I cut that list down to three current priorities (and apologized for freaking her out) there was progress. Eventually, we got through all ten.

What are some of your experiences with giving or receiving advice?

38 thoughts on “Worth Discussing: When Should You Give Advice?”