When I decided to take a break on Sunday, I promised I’d get to this post within a week, and I am a woman of my word. June wasn’t nearly as crazy or exciting as May, but it did have its highlights, so cue the theme song…

I attended three graduation parties last month (the inspiration for my Dear Graduate post). A few highlights from my inner monologue:

Ok, context. First of all, a slight tangent. All joking aside, I like talking to teenagers. As my friends’ kids have grown up, they’ve become fun, interesting people with a perspective on life that I find endlessly fascinating. I thoroughly enjoyed chatting with the younger crowd at the parties. I also mostly enjoyed talking with the other adults. However, at all three parties I spent some time conversing with people I don’t see often (every few years at most), which meant I was asked THE QUESTIONS:

I was also asked these questions by a few people I had just met for the first time. My feelings on these questions could fill an entire post by themselves, so let me just say this (for now, at least): I am single, not currently seeing anyone, childless, and perfectly happy with my life. However, I am open to any changes the future holds, as long as those changes are the right thing for me. That is, unfortunately, sometimes difficult for people to accept. *sigh* So I amused myself by thinking of snarky responses that I didn’t actually say out loud (for example: “Unfortunately my species is incompatible with Earthlings”), and then changing the subject.

Then I went back to the teens and traded high school stories. Way more fun. 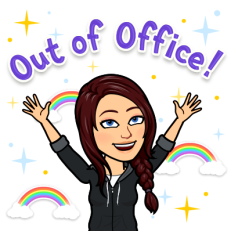 The most common response to “I’m on vacation next week” is “Where are you going?” At least 75% of the time, my answer is “nowhere”. I go on a trip…maybe every three or four years. For the most part, my ideal vacation is being able to have a series of totally unstructured days. Having nothing on my calendar is my idea of the ultimate luxury. To misquote Newton’s First Law, an Amanda in motion tends to remain in motion, and an Amanda at rest tends to remain at rest. Over the course of a week, I only left my house a handful of times (during which I rediscovered the fact that breakfast restaurants get busy after 7:00, and there’s a lot more traffic), read eleven books, watched half a dozen movies, and slept in every morning.

My Dad, who is amazing (see this post for the proof of that statement) always suggests that we skip Father’s Day, because the attention embarrasses him. He also HATES it when we spend money on him. This year, he had a more compelling argument than usual, because Audrey was going to be out of town on Father’s Day, Mom and Dad were going out of town the following week, then Audrey was going out of town again. Plus, my nieces had dance recitals, my brother in law had some work obligations…to make a long story shorter, we were having trouble with scheduling. Of course, we weren’t going to let him get away with that. We will be having a belated family celebration soon, and Dad and I got together on our own on Father’s Day itself. 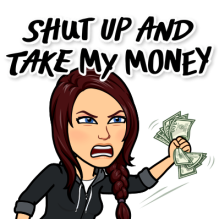 When I spoke to Dad, I specifically said that I was going to take him out for Father’s Day, and he agreed to this. Way too easily. I should have known he was up to something. When I arrived at his house, he said he wanted to drive, which was fine with me. However, once we were on the road I quickly realized that he was going the wrong way. Ignoring my protests, he drove us to my favorite restaurant instead of his. Then he handed the waitress his credit card before we even sat down at our table, and smugly announced that he had bought tickets in advance for a movie I wanted to see. Then he told me that I can’t argue with him on Father’s Day. Well played, Dad, but this isn’t over yet. You have thrown down the gauntlet, and I will rise to the occasion for Father’s Day Part Two.

Incidentally, we had a great time. 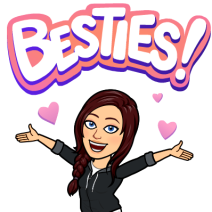 This month, Katie and I decided to try a cooking class (more about that in this post). We met up for coffee a few hours early, and also stopped by a comic book store. Katie and I have a lot in common, but my comic and game hobbies aren’t on that list, so this was a new experience for her. It was really cool to see her reaction to what was, for me, a familiar setting.

The cooking class itself was super fun. We met some nice people, had great food, and, despite giggling our way through 90% of the class, we learned a lot. We’re planning to go again soon.

How did June treat you?

45 thoughts on “June in Review”