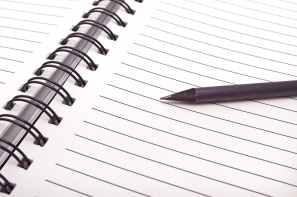 Given that today is the last day of June, I intended to have a “month in review” post today. I also intended to work on before this morning, but for a variety of reasons I just didn’t get to it. So when I got up today, the post was my number one priority.

However, it wasn’t coming together. I’ve been tired for the past few days, and I’m feeling a little sluggish. I just wasn’t getting “in the zone”. So after about an hour of drafting and redrafting, I decided to delay the June post until later this week, or maybe until next Sunday. Instead, I would finish one of the posts I outlined a few weeks back, one that I thought would be a little easier to write.

It wasn’t. I spent about half an hour trying to finish the post, but wasn’t feeling this one any more than I was feeling the month in review. At this point, I started getting frustrated, because normally I’m able to push through difficulties and get the job done. On the other hand, I wasn’t happy with what I was writing, and didn’t want to publish a post that I didn’t think was my best work. So I decided to give it one more try.

My third attempt at today’s post was a partially drafted discussion of the importance of examining our motivation. Since I started the post several weeks ago, I first skimmed what I already had. One lined jumped out at me: “Sometimes you need to ask yourself if you’re doing this because you want to, or because you have to, or because you think you have to”.

There’s something very odd about feeling nailed by my own words. I like working, I like being productive, and I pride myself on taking care of business. I’m also proud of this blog and of the content I post. On the other hand, I’m an advocate of self care and balance, and I’m usually pretty good about those things. This morning, though, I forgot about that for a while.

And suddenly, writing today’s post became easy, because I realized that all I want to do is share a message that’s very simple, but bears repeating: Give yourself a break. Manage your own expectations. Don’t be your own worst critic, and don’t feel guilty about taking time for yourself and doing what’s right for you. There will be many, many days when it’s hard to find time to decompress, so take advantage of the chances you get. And it’s completely ok to create them. You’re doing great, so don’t let anyone (including yourself) tell you otherwise.

How do you avoid putting pressure on yourself? What are your favorite ways to unwind?

40 thoughts on “Worth Trying: Give Yourself a Break”