I think I’ve mentioned that I sometimes (often) imagine my life as some sort of cosmic sitcom. I’ve sort of been in the mindset for the last couple of posts, so when I sat down to write about March, I thought it would be fun to imagine what this month’s “episodes” would contain. So thanks for tuning in!

Cue my theme music (“The Best Day of My Life”-more on that, and a few other cool songs, in this post).

Episode One: Sleep is for the Weak 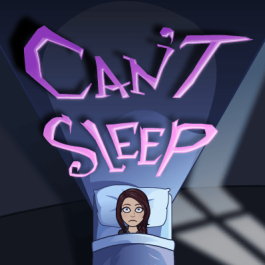 This episode would kick off with one of those insomnia montages. You know what I’m talking about: tossing and turning, the clock showing midnight, then one am, then two am, etc. For the first few days of the week, I couldn’t fall asleep, and then couldn’t stay asleep. I think I was getting about four or five hours a night in two or three chunks. The first day wasn’t so bad. I fueled up on coffee and stayed busy, and pretty much managed to shove the fatigue into a corner. On day two, I was a little ragged, and a few coworkers commented that I was getting a little wild eyed. By the end of the day, I was running slightly manic, with powerful sleepiness lurking below the surface. I went to bed super early that night, sure that I was going to sleep ten or twelve hours. 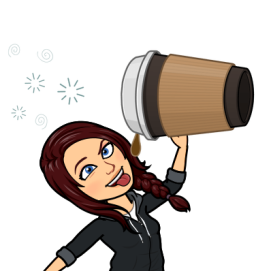 Not so much. The morning of day three, I drank WAY too much coffee, and started to feel like my body was vibrating. In the morning, I got obsessed with solving a word puzzle (something my brain was definitely not functioning well enough to handle), mentally (and occasionally audibly) chanted “I can do it, I can do anything” at least once an hour, and treated a colleague to a very long monologue on why I think Orange Vanilla Coke is a truly bad idea. (Cue the laugh track.)

After the commercial break, fade in on me asleep at my desk next to a half-eaten salad. Follow that with me jerking awake and looking at the clock in panic. Then it’s off to a meeting, with lots of shots of me looking blearily confused, and saying a couple of really, really stupid things.

I called in sick the next day.

Rounding out the week, another day I spent twenty minutes lost in a parking garage (I wasn’t sleep-deprived at that point; getting lost is something I do all the time). I also, despite swearing I would never, ever try Orange Vanilla Coke, I tried it the first chance I got. In the moment, I just couldn’t resist (verdict: it isn’t terrible, but I’m definitely not a fan).

Finish the episode on a high note as I geek out over Captain Marvel. (If you missed my review, you can find it right here.) Roll credits. 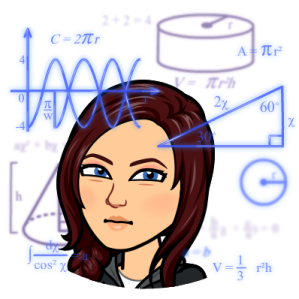 I don’t like math. I generally don’t mind basic calculation, although it isn’t my favorite, but Geometry always gave me a headache, Algebra is truly incomprehensible, and I have a theory that Trigonometry is only understandable to wizards. (If that’s the case, I am willing to give up on my dream of someday discovering that I’m a wizard.)

There is some math involved at my job, but it’s mostly basic math, and a lot of it has to do with figuring out spreadsheet formulas, none of which strains my skills too much (although I’m pretty sure that some of the spreadsheets I make use more formula steps than are strictly necessary, because I don’t know the right way to combine them).

I won’t bore you with the details, but this week I was presented with a task that strained my limited math skills to the breaking point. A few scenes from this episode:

Cut to Saturday, with me and a group of friends waiting to start an escape room (one of my favorite activities). I’m really excited, because my sister Amy is joining us for the first time. Also, after a week of torture by numbers, I definitely need some fun, and a different kind of mental stimulation. While we wait, I tell the tale of the math project (much to everyone’s amusement, because they like poking fun at me almost as much as I like poking fun at myself). Then we’re called back to start the room.

Our gamemaster gives us a brief overview of the scenario, and finishes by saying, “This one has a lot of math”.

Close up on my panic-stricken face. Roll credits.

This episode would completely focus on my participation in The Great Bloggers’ Bakeoff. 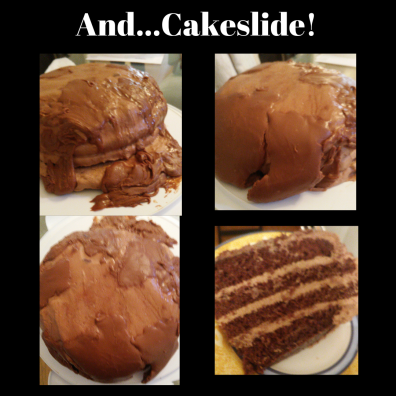 Finish the episode with my excitement over receiving a “Thumbs Up Award” from Jeanne. (Not to be confused, ever, with actually placing in the contest, because come on…look at that thing. Lol.)

We kick this one off with a seemingly innocent question from a neighbor. “Hey, Amanda, did you hear that Old Town Donuts is on Uber Eats now?”

However, I don’t go there nearly as often as I used to, because I have absolutely zero willpower and inevitably eat way more donuts than I should. I have a donut craving at least once a week, but rarely give in because I’m able to convince myself that I can’t spare the time to satisfy it. Now, apparently, I can get them delivered.

My response to my neighbor: “That’s the most wonderful and terrifying thing I’ve heard in a while.”

Montage: Me, looking into the camera, as the wardrobe and background changes to indicate that this is ongoing over several days:

After commercial, we’re at midweek, and so far I’ve stayed strong. This is when we introduce the B plot, with another seemingly innocuous question, this time asked by my hairstylist while I’m getting a trim.

Sarah: Hey, how do you eat your bagels?

Sarah: What do you think of “Bagelgate”?

“Bagelgate”, it turned out, was a Twitter tempest in a teapot about the fact that some people here in the gateway city get their bagels bread sliced. My friend Alex wrote a really funny post about this, which you should totally check out. I’m pretty new to the whole social media scene, so I was fairly amused by the way people wigged out about something so insignificant. For a few days, it almost managed to take my mind off of donuts. Almost.

Cut to Saturday, when I’m running errands all over the place. Heading to my final stop, the universe gives me a sign. This sign: 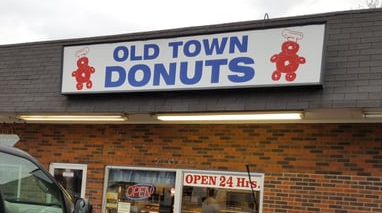 There it was, on my right, on the most direct route from one destination to the next. Obviously, the universe was trying to tell me something, and you can’t ignore the universe. Cue “It’s a Wonderful World” as I carry my prize into the house. 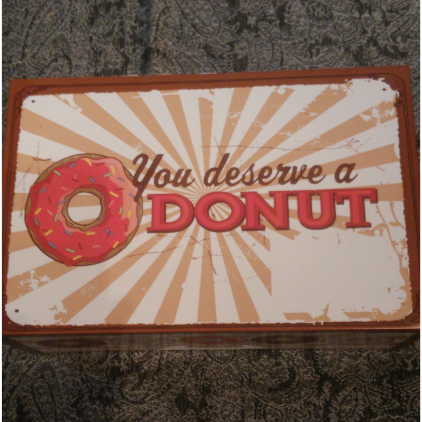 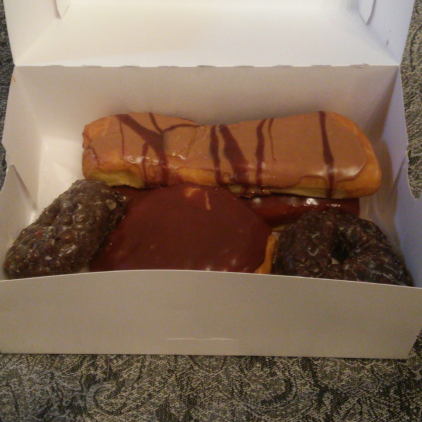 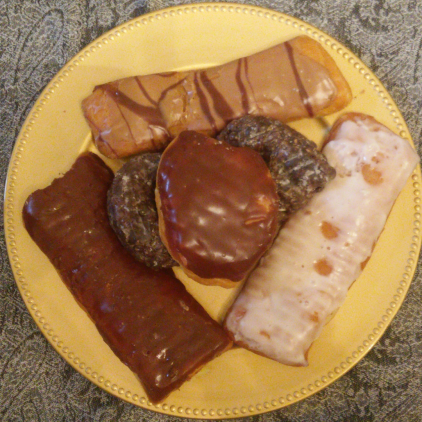 Close up on a bread sliced donut, because nobody gets to say my city is “cancelled”. St. Louis pride! 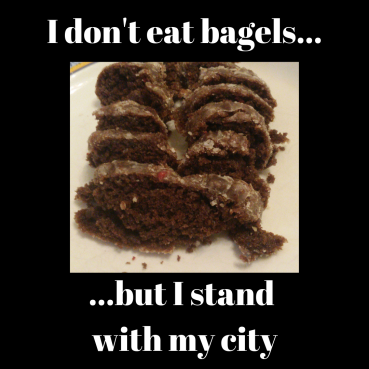 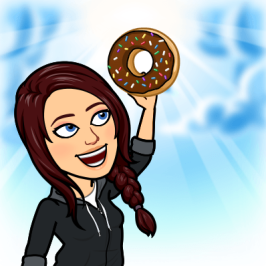 So how did March treat you?

31 thoughts on “March in Review (aka: I Continue Pretending I’m on TV)”