In last week’s post, we looked at the dangers of spending extended periods of time stuck in the stress response-aka survival mode-as well as how to recognize it. This week, let’s discuss how to respond.

Just like the stress response is physiological, our bodies have a counter mode: the relaxation response. This is what happens when our brains send the “all clear” message to our bodies, allowing all those fight or flight processes to turn off and stop messing with our balance. Obviously, the most effective way to trigger the relaxation response is to stop feeling stress, but that’s easier said than done. Instead, there’s a way to work it backwards, and that’s with breathing. Slow, deep breaths signal the body and the brain that it’s time to drop out of crisis mode. I wrote a post back in September about dealing with stress in the moment, which gets into a more detail about breathing, as well as a few other techniques.

As far as the tasks you have that are stressing you out, what becomes important is triage. You need to identify what tasks are most critical or urgent and resolve those first, so you can try to avoid falling further behind. You also need to give yourself permission to stop. One of the most damaging elements of crisis mode is that we become convinced that every second is critical, and so there’s no time for rest, breaks, personal needs, etc. However, not only is that attitude bad for our health, but it also makes us less effective in accomplishing those critical tasks, because we’re burnt out and exhausted.

Survival mode isn’t just a moment to moment thing-it’s a cumulative result of multiple repeated stresses, and a pattern of mental response. So the fixes also need to go beyond the moment. One of the hardest things about these is that they take time, and when you’re in survival mode, time is something you don’t feel like you have. However, time spent taking care of yourself will definitely help you break out of the cycle. Getting a good night’s sleep will always more than give you that time back in increased productivity. Exercise is also important for managing stress, because your body is producing chemicals saying you need to engage in physical activity – fighting or running – so exercise tells your body it’s doing the right thing and therefore doesn’t need to keep trying to make you fight or flee.

Diet is crucial as well. When you’re stressed, your body starts to demand carbohydrates, since it’s convinced it needs them to help you deal with the physical danger in front of you (remember, your body always assumes you’re in physical danger). Again, we can blame this one on our ancestors, as they were often in physical danger, plus there were times of famine. In both those cases, favoring sugar and fat helped them survive. In the modern world, however, sugar and fat definitely aren’t in short supply, so our physiological response is in direct opposition to best practices. Our bodies want us to mainline sugar, like, just as a random example, eating a dozen donuts in the course of one morning. Ok, so that example wasn’t so random; in fact, it’s what inspired me to really dig into the relationship between food and stress. I wasn’t surprised to find that eating a balanced diet is important, but I was pretty interested in the science behind it.

Let me summarize the research for you. The gut microbiome has a huge impact on how we feel. Many of the bacteria in our stomach that feed off sugary and fatty foods also produce chemicals that make us feel stressed. When we give them what they want, instead of being satisfied and shutting up, they produce more stress-inducing chemicals, because they’re greedy little buggers. On the other hand, many of the bacteria that eat fiber, meat, vegetables, and fruit produce chemicals that help us relax, so when we starve them, they aren’t in a position to help us out. This creates a feedback loop, and is part of why long term survival mode can trigger the serious health problems I mentioned last time. By making yourself eat a balanced diet, you stop rewarding the stress bacteria, and foster growth of the ones that produce relaxation chemicals. 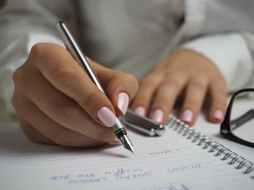 This is where you assess and try to make changes. Reflect on what caused your life to get overwhelming, and consider how to prevent it in the future. Were there warning signs you can look for next time? Are there preventative measures you didn’t know enough to see before? Can you delegate or ask for help moving forward? Are there things that you’d do differently now that you’ve been through it?

Additionally, making the short and mid term responses (breathing, rest, diet) a part of your everyday life will make you less likely to fall into survival mode, and being aware of the warning signs will make it easier to head it off at the pass.

How do you avoid living in “fight or flight” mode? Add your suggestions in the comments!

13 thoughts on “Coping With Survival Mode”